This is important; we have to chat about feminization , crossdressing and sissies. During any particular day I am witness to, or privy to, interactions with others within kinky circles. Some of these interactions embody a surprising lack of sensitivity for nuances between these common terms and the folks who identify with them.  I’ve heard both sides of the coin, and if we all employ a bit more tolerance and apply a bit of sensitivity we can ensure there’s more joy and less stress with our interactions. Either in person, or on line the same tolerance and respect is required. Let’s take a look.

Simply put, if you don the attire of the opposite gender, more commonly identified with males dressing as females, you are crossdressing.  The definition should not assume the cross dresser has any particular interest towards sexual activity with males. Are there males out there who call 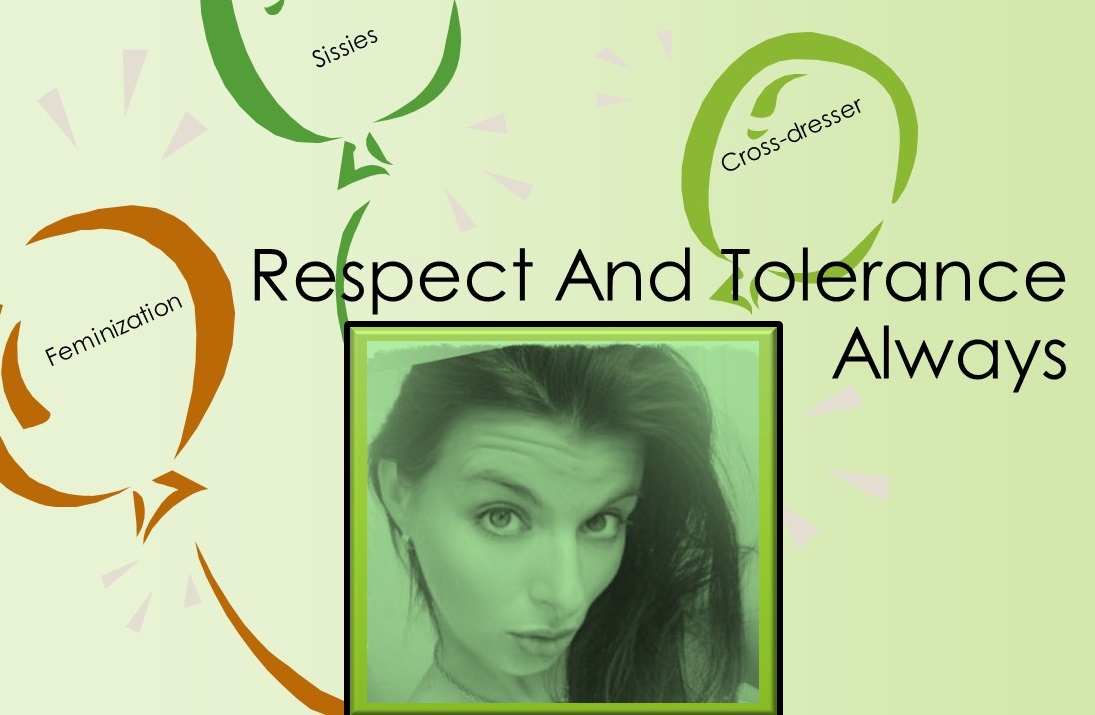 themselves cross dressers yet want to have sexual interactions with males? Sure there are. But you cannot assume the same of every crossdresser. Don’t start off a private message with a dick reference, if you understand what I mean.  It is presumptuous and rude.

I have fun with my crossdressing friends. The majority of which enjoy sexual relations with women. It is the draw of feeling  soft feminine attire, having a chance to explore their other self. Yes, for some helping them feel sexual, as well.

More often than not when someone identifies as a sissy they just might be interested in sexual interactions with males. Again there are no hard and true rules here. Sissies are crossdressers and are interested in feminization.  I understand the confusion for many. That’s why it is so important not to assume someones behavior based on a category or title. Being respectful with interactions with new friends, until you know their preferences is respectful.

Yes, their proposition was probably rude but in all fairness we run around in kinky circles where talk of sex, of all kinds , is common and so is the occasional misstep. So please be tolerant and take it as an opportunity to educate and be a shining example of the the group you identify with. You  may be the first person “like you” they’ve encountered.  Leave them feeling positive about the interaction. If you are the offender  made the misstep and presumed too much be an adult, apologize and move on!

We have but one life, let’s make it the most fun we can! For more on what I have to say about crossdressers.