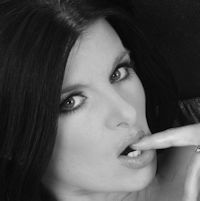 Hi there sexy kinky people! Welcome to First Saturday Fantasy! I started this once a month blog,  for an opportunity to let our hair down and share some sexy stories! If you have something you want considered, let me know. You can call me and discuss your ideas! I promise to consider them, but no promises regarding posting or publishing them! Mistress rules! *hands on hips* No pouting either!

Today’s entry is from a fun feminization submissive that I’ve been “working with” since February! She’s a shy one, but has come a long way!  She is an example of what I see often. Coming to me with one set of desires, and ideas about submissiveness and “what we do here”. Yet, as we journey down the feminization road and somehow those goals and ideas and , yes even her ideas of submissiveness and what it means to her, how it plays out in her sexuality is changing, fluid. Open minded , Tatyana is about to explore areas unthinkable in January. Isn’t that right T? Ha ha! I have to warn you, I fibbed a bit. This isn’t really a sexy “story” as in “fictional”. This is a true peek at one feminization  submissive’s experience with me.  The names have been changed to protect the bimbo. Enjoy.

Despite her reluctant attitude of being coerced into feminization, her desire to serve as submissive to a Mistress was far more superior and she would do anything to please Mistress Erika. She gave up the right to touch herself at her own will and released orgasm control to her Goddess overtime in this process.

Ms Erika took advantage of this and continued her transformation from makeup, to clothes, to attitude, and cleansing her mind of any thoughts outside of being a gurly gurl.  Tatyana fell victim to this insatiable trap and started feeling more and more feminine every day despite being trapped in boy clothes at work.

While at work, day in and day out, Ms Erika gave time to her new bimbo toy in trivial chats and email exchange. Unbeknownst to Erika, Tatyana was always turned on and her clitty was always wet…but little did Tatyana know that she accidentally put herself in the trap of staying aroused without touching while at the office.

Sure she kept her promise at home and Ms Erika believed her loyalty to serve, but what better way to know her slave was truthful then the reassurance that she was in complete lock down at work. Of course now that Ms Erika knows this, Tatyana has become a lamb in lions den and while in the constant state of arousal, she has been and is taken advantage of every single day while deepening the transition from male to forever bimbo.