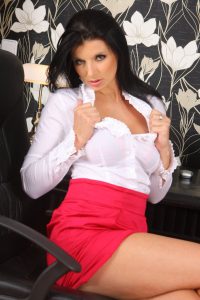 There are some cucks who are voyeurs and having a cuck scene is the ultimate! There is safety to experience their brad of kink without breaking any law. More to the point is they are not including any unsuspecting innocents which I frown upon.  They are not in it for the humiliation per se, and often have an open mind when it comes to sex and are generally not the jealous type. So turned on when watching their wife with a lover unfold before their eyes.  Regardless though, because this scenario is fraught with high emotions it isn’t uncommon, at first, for the husband to begin watching from a nearby room or closet.