His Story Foot and Shoe Fetish 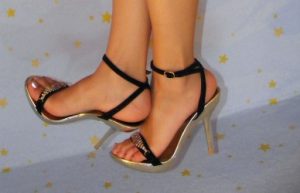 For as long as he could remember, he loved them.  He had a foot and shoe fetish. The look, the sounds the smells and yes, eventually the taste. Women’s feet and sexy shoes. Being a shy child he often looked down at  his hands, and  an ever present toy he would  hold. He had taken up the habit of carrying around a car, truck or other toy to look at instead of up and at faces. His mother was loving, considerate and very much in charge of the home. She had to be she was single, his father leaving before he was born. His little family thrived however, for she was surrounded by loving female friends and family.

Foot And Shoe Fetish The Beginning

Because he was  shy,  the only thing he routinely saw of  women in his life were their feet. There were several woman in his home to help care for him growing up.  Over the years, his appreciation for their sexy feet, and sexy shoes evolved.  Mom worked in an office, and had to look traditionally professional. Two inch black pumps were her mainstay. As her income rose she often splurged on a cute pair of strappy heels to wear once in awhile.

Aunt Trish loved her flats and kitten heels, and would click click click throughout the house as she watched him and helped her sister tidy the house. Pretending to play with his toy truck… his thoughts and mind were always on that sound, and the oh so feminine site of feet in shoes. Sometimes he’d imagine his truck filled with boxes and boxes of ladies shoes, and it was his job to deliver them.

College age Gail, often sailed in after class with her canvas tennis shoes… but soon lost them in favor of bare feet. Perfectly shaped, yet a bit wide her toes painted bubble gum pink, that first summer she was there.  As he matured into a young man Gail’s feet were in his thoughts often, when he innocently played with his mom’s shoes. They looked so soft, delicate.  How would they look in these shoes, or those. He’d fantasize about her giving a fashions show of shoes.  He loved the music she’d play, as she did her homework and watched over him, playing with his toys. He felt safe, secure with all of these women. But always too shy to look up.

Making his own way 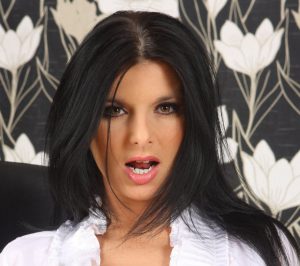 Over the years, something’s changed. No longer carrying around a toy, and growing to 6’ his childhood diversion tactics  all failed. Even when looking down, he couldn’t avoid most eyes. Eventually he was able to look people, gained a bit of confidence and could look women in the eyes.  A teenager, his social life wasn’t the best. He had a few friends, more casual than intimate. Never feeling he really “fit in”.  He sometimes felt his shyness, his feelings of awkwardness were genetic. He can’t remember a time he felt otherwise. Sometimes, in dark times he blamed his fascination for women’s shoes, and feet. Too afraid to form intimate bonds,feeling like a freak. After all, they would figure it out, be able to read it on his face, wouldn’t they, and he feared being rejected by someone he loved.

When it came time for college, he had excelled in school and received a scholarship for his first two years. His mother did not have a lot of money but did what she could , and  found him an affordable room to rent ten miles from school in nice part of town.  An older lady he thought, when his mother told him of her. Older to an 18 year old that is, but she turned out to be the hottest sexiest older lady he’d ever met. He chuckled  remembering this, and her during the year when he was 38. He found out she was a widow, her husband was older and left the home to her free and clear. A  five bedroom modified two story Cape Cod.  Four bedrooms for rent to college kids when school was in session, and during the summer a B&B. The beautiful national park a few miles away drew enough visitors for her to make a nice living.

Stay tuned, tomorrow his journey with his foot and shoe fetish continues……..