Humiliating Laughter With Your Sexual Play

I thought to round up this week of various sexy time humiliations and  make mention of those who derive gratification from Humiliating laughter. Like many who enjoy various forms of humiliation with their sex  play,  each have their memorable moment, that one encounter ,when their sexual intensity and arousal was like no other and they crave to relive it again and again.

Recently I wrote about sissy brit and her long ago traumatic spontaneous ejaculation from a french kiss, and the laughter of the other girls.  Her most intense sexual experiences and fantasies all include laughter. Particularly laughing at her humiliating actions and what she’s made to do to self humiliate.

Another, who will remain nameless, unless she decides to out herself in the comments! 😉 We’ll call Sissy-b. She has a very unique style. One best classified as a Lolita style of dress. 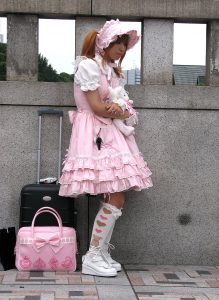 When dressed she Loves to twirl, curtsy, swish. She likes to be humiliated and teased and shown off to pretty ladies. Her hot buttons include enjoying when they laugh and call her names. Loving getting dressed and being all frilly and girlie. Her favorite dress up is head to toe in satins mainly pink or yellow. The shortest dress and frilliest panties, loves having to lift my dress for the ladies. Hearing them giggle and say things like what is that? A peanut? I see a teeny tiny tinky! LOL .

The sound of the laughter, well timed is a very powerful thing for these specific hot buttons. If you think about it. Being laughed at is probably one of the most humiliating things that can happen. Scorn, or disgust at what you bring to the table certainly is more common. Being devalued and made to feel shame and rejection is what we would expect when talking about humiliation. The laughter, though proves to further deepen the shame as the person doing the humiliation finds some kind of delight and pleasure from your humiliating experience.

So is humiliating laughter part of your sexual scene? Do you crave it? Doesn’t matter if the humiliation involves laughter? Won’t you tell me about it. Is laughter the cherry on top, perhaps you like a lot of laughter throughout? Tell me and I’ll spice up your humiliation dish with just the right amount! Ha ha ha ha! 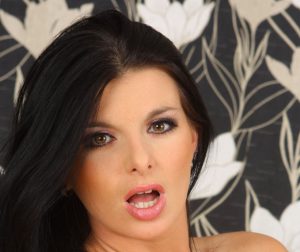