Mike, late born gen y’r , embarrassed over what turns him on. His thoughts are not something he’s shared with anyone. Shy and tormented needed to reach out to someone.  “Mistress,” he first wrote.  “I have a fantasy, it won’t leave me alone. I dream of strong older women.” So the introduction began.

Mike was consumed by these thoughts of older women, sexy MILF’s  taking control of him, making him into their naughty boy. As “fate” would have it, he found himself where older women congregate. There was a boutique offering massage and salon services, and was not too far from him. He loved going there, making himself useful, at first. They didn’t seem to mind a young, good looking guy helping with this or that.  Soon he was being offered a part time job, that he jumped at the chance to do. His weekends were free, as his full time job was a M-F gig. He smiled to himself and thought “hang around a barber shop long enough,” his Uncle Bill used to say. He heeded his old uncle’s advice and it payed off!

Mike was enchanted by their shapely asses, in those yoga pants, or wiggling under those terry robes. He swore they had wardrobe malfunctions at the most convenient for his viewing pleasure times. Add to all of this the subtle flirting, and he had an almost constant raging hard-on! It was both fantastically erotic and his tormentor. Experimenting with various fits of underwear, and longer shirts and he’s managed not to embarrass himself any further. Often feeling himself blush, at their coy attention and comments. He  thought his interest in them was a blinking neon sign and felt he responded as such with the slightest of flirtations.  His uncomfortable squirming, and blushing under their predatory attention, was more than apparent and gave him away, he was convinced. He secretly hoped one of these ladies would make the first move!  So far, try as he might, just lacked the confidence to take it to another level. But he craved and yearned for it! Oh how was he going to do that? Get that confidence?

He fantasized about them teasing and flirting with him, just like they do in the shop. But this time, in his wanking sessions, it goes further. They get overt and sexual. Next thing you know, poor young buck Mike, is kneeling on a massage table, hands nicely folded behind his back. He’s surrounded by these hot MILFS. Each taking turns stroking, teasing and tormenting him. One puts a cock ring on him, another a condom. Another one puts a second condom on and the stroking in earnest began, but desensitized it only proved to tease him “just enough”. Why just gazing down at their ample cleavage they showed was enough to get him on the edge. He just needed a few good strokes! Groaning and grunting yearning for release only proved to amused them further!

So, goes most of his masturbatory fantasies. Variations on the same theme. So wanting to make advances of the romantic kind towards an older woman but so far, failing to do so.  Cruising the internet, he devises a plan. What if he were to role-play these fantasies with someone older? Someone safe, experienced won’t reject him for these naughty thoughts, but revel and respond to them?

Our sessions involved talking about all of the above, and helping him process  it all himself. Using me as a sounding board, and hearing the input of an experienced third party. Poor stud muffin and our training to get him to eat that load usually resulted in his  embarrassed PE and quickly turning off cam , without even a GOOD BYE! I laughed and sent him a text that he was a goof ball, and why did he do that for? I explained the road to success is often a curved and steep hill to climb. He’s sulk over his inability to do the dirty deed and tormented to keep trying! So  horny guy, keeps screwing up the courage, I revved him up and time after time he skedaddles without the dirty deed being done.

With sufficient trust and a safe place to explore being established in previous sessions. (Young stud may not realize that was happening, what he needed to accomplish the dirty deed, but I did) Once established: all I did was place that  line in the sand.

Go forward or crash and burn.

Slut Mike went forward, crossed that line. No turning back. Teasing and controlling that cock outside of those basketball shorts, for what seemed like hours to him, when it was actually less than 10 min. he was begging to touch that fully erect member. 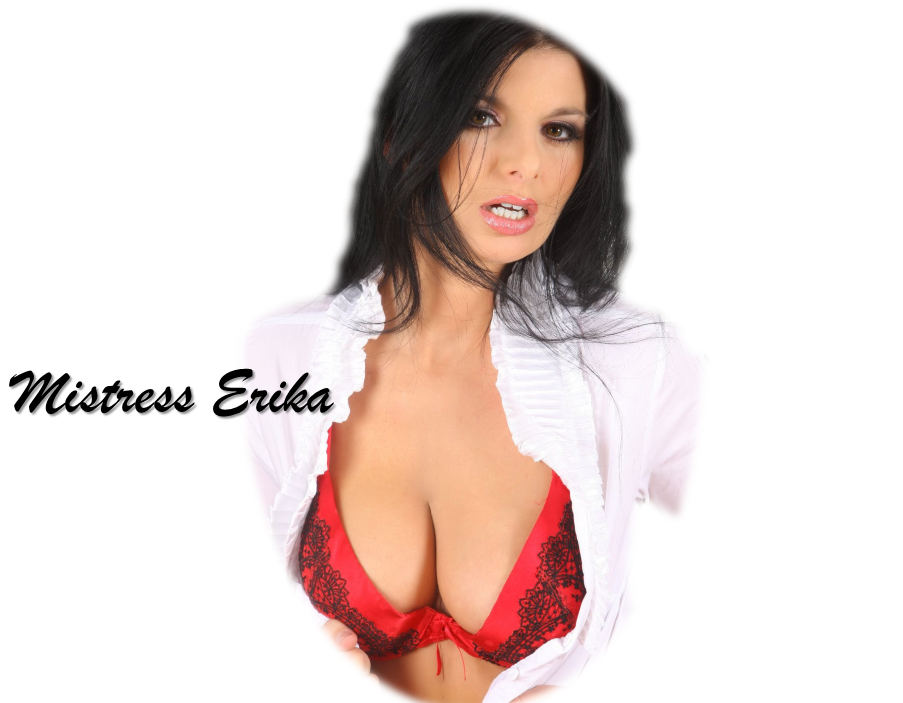 Until we chat,
Mistress Erika