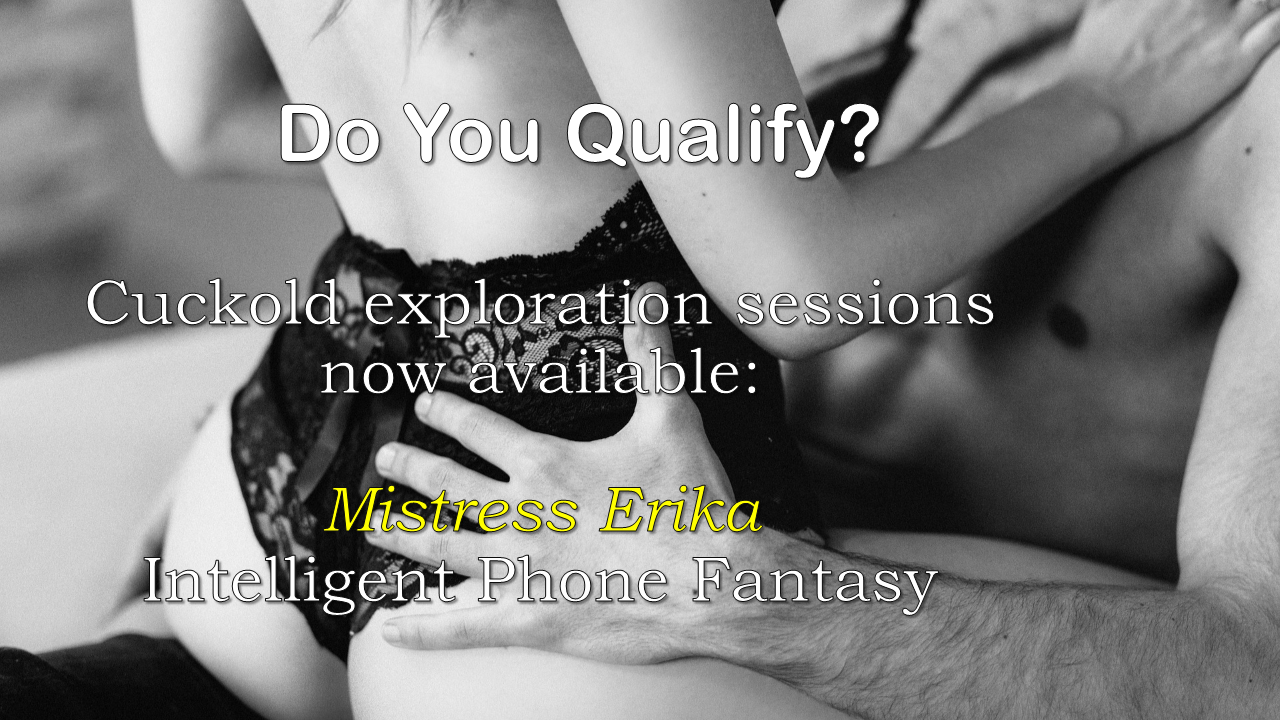 You know you do: your wiggle monster starts doing that pants dance at the thought! Trust me there are plenty of men out there if they thought of similar would NOT BE SEXUALLY aroused. Period.

I’ve written before about this interesting aspect of cuckoldry. It really doesn’t matter the size of your male dangle, something about it just doesn’t hold up its end of the bargain. That could mean you have a small penis. Even if you are sporting an average or better, there’s always a dick bigger than yours that your lady will come to desire more than yours.  It could mean you prematurely ejaculate. Perhaps you get hard and when angling that fuck monster to the promised land it got limp like the skettie you tossed on the wall last night. Whatever it is you just don’t have what it takes in the penile department.

Even at its most sensual and seductive forms cuckolding and humiliation go hand in hand. It’s the key element that differentiates cuckolding from group sex, IMO. Even if you are not  involved in the sex, standing by or assisting in anyway your lady being banged by a rock hard stud is going to hurt. Hurt so fucking good!

Of course there are all kinds of “cucks” , you don’t necessarily have to be bi or gay, and want that  kind of interaction. What kind of cuck you are depends on what your psyche can “handle”. Many live their lives knowing their wife is fucking a big hung stud, and the only evidence of  the interaction is a cream pie and a smile.

But more than the majority of cucks, end up sucking cock. Fluffer boiiiiiiiiiiiiii hahaha! Are you able to push those boundaries? If not today, then perhaps tomorrow. You KNOW you don’t have a chance if Mistress wants you to kneel , submit and Fluff!

Now, I hear you saying “but Erika! What about Submission? Isn’t submission important part of cuckolding?! Yes, my pet it is! All of the above does require you to submit and on my next blog we’ll talk about cuckolding submission a bit more, training that may be involved and how to fully condition your submissive so that those boundaries can be pushed and find out just how far your cuckolding will go!