Addicted To My Pantie Control

After knowing each other for quite some time hanging out at Enchantrix Empire, sharing their lives, posting about their kinks. Enjoying the open mindedness and support from a expansive variety of people with kinks and fetishes of all kinds. People from around the globe, a kinky melting pot if you will.  Rarely a harsh word or insult to be seen.

Next they started sharing private messages. Friends,these two unlikely people, different in many ways in life experience and lifestyles became just that. Numerous posts and instant messages, sharing ideas , their day and yes, sexy fantasies.  He loves the idea of coerced fem , helping him feel submissive. At first an interest in panties, how sexy and erotic. It excited him too, to think what lengths he would go, what fem item could “she” get  him to wear, and how much control he could give up. His feelings of submissiveness driving his arousal higher. She loved the idea of a submissive male,to her Dominate Woman. They teased each other relentlessly and both had great fun with it. 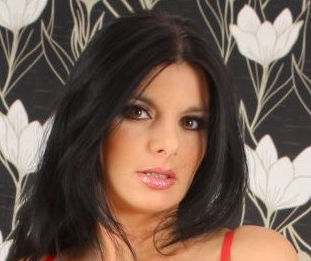 Then the day comes, as it will, where he or she was finding themselves at an arms length of each other. Let’s meet for lunch! She suggested, and  he was powerless to resist. Trying not to get his expectations too high, this was just lunch he said to himself constantly. They were essentially “just friends”. But anxiety filled him, as the destined meeting neared.  She new him like no other.  He never dremt that a meeting would be possible , sharing  dirty secrets  with her over time. He had confessed his most embarrassing  secrets. Wearing panties, and even more fem things! They had explored together, she was skilled at pushing each one of his kinky buttons.  Took great delight in doing so, he adored her attention. He at being submissive, enjoying the results.   He  had never sat face to face with anyone who knew him so well, and felt it showed on his face. As he thought of the lunch, he became painfully aware of his arousal. Why, oh why is his cock growing! Damn, he was going to have to focus, big time to get through this lunch.

The day arrived, he went to the restaurant early sitting waiting for her to come in. Eyeing the front door, the time of their lunch arrived and he started having a sinking feeling, she played him. Is she here, and he just doesn’t realize it? She’s been so genuine , so solid didn’t seem to be the type to stand him up with out notice. Perhaps he had it all wrong, she had played him. Three minutes past and he feels a cool hand cover his eyes, and that playful, joyful voice he knew so well, teased him saying “guess who” and she giggled. A bolt of excitement raced through him.

She steps back to allow him to stand, he turns and they gaze upon each other, in person for the first time. Both pleased. Smiling eyes, he sees looking back at him , and she immediately reaches for his out stretched hand, and instead of a hug, as he was expecting she shakes his hand, palming something to him,  in the exchange. To further keep him off balance, she unexpectedly she leans in to kiss his cheek, and she whispers to him, don’t drop it! Pulling back and taking her seat she’s excited to play. The only question is, will he?  She watches him sit awkwardly changing three shades of pink. Probably knowing what was in his hand, but feared looking at them.

Will, she purred. In that tightly closed fist of yours is a pair of satin panties. Don’t look at them, they might unfurl, you don’t want that lovely young waitress of ours to see you holding them, do you? He nervously laughs, she loved to make him feel uncomfortable, loved to see the reaction. She spent no time unseating him, sending his mind “there”. Feeling that familiar tingling as she began to play his strings.

Will, I want to play, you want to play , don’t you? You know how I adore a man wearing panties. Her charming smile and sweet request sent him reeling. He shouldn’t do this, he couldn’t do this! His rational responsible mind screamed at him!  But what was his cock saying? His cock was screaming “YES!”.  Taking a deep breath he said “ok, I bite”. Good,go into the restroom, change into them. Bring me back your boxers.

He felt physically ill, head spinning and yet his pelvis on fire. Playing with these fantasies for years, and what she was saying, doing to him was surreal.  he was both trying to savor and take in every nuanced. But also struggled to keep it together, appear to be a reasonably intelligent adult. He felt like a pile of jello, inside.  He hoped the fire igniting inside wasn’t too obvious.  Something made him nod, and he nervously stood and went to the rest room. She sips her wine,  and nibbling on treats at the table. He took a bit longer than expected. She half expected him to run out the back door, never to be seen again. She’s met his type before, always wanting to take the fantasies to reality but when it’s here, freaks and runs!

Will returns, with a baseball sized ball of cloth. Standing in front of her, back to the rest of the restaurant he secrets the boy underwear to her. Looking up at him she smiles, puts them in her purse. She can’t help but notice the bulge he was sporting as he returns to his seat. Making small talk, and acts as if this was any other causal luncheon.

He was awkwardly aroused and so wanted to get out of here. She was playing out one of their shared fantasies, and any moment she was going to invite him back to her hotel. Suddenly and without warning her stocking covered foot finds his leg, and her soft foot travels up to his thigh, he stares wide eyed at her. Stop, he asks, please. Here? Her smile widens, “Sure I’ll stop”. Just as soon as you tell me how much you are loving my panties.  “Oh I’m loving them alright’, he chuckles and shifts in his seat. Come one, I’m really self conscious here, I can’t do this here, I love this but… and winks at her.

Her foot finding his cock underneath that table cloth, presses her soft foot along the strain in his pants. “Tell me Will, or I walk out that door” . A bit ashamed that he couldn’t stand to resist her any longer he whispers. ” I love wearing your panties, Erika” As he was uttering the words, he knew, knew he couldn’t stop. Feeling his orgasm lock and load , he floods his pants uttering “Erika”.

Sitting smugly watching this unfold before her.  She could feel the enormity of emotions she saw run across his face. Confused, unsure. “You did very well ,  Will, I’m very pleased”. Raising his eyes to meet hers, he felt a warmth wash over him knowing she was pleased with him. The embarrassment wasn’t that bad, and could better push the little bit of humiliation aside. He knew now, he probably needed this all along. She knew it. To really reset what he thought of control, giving it up and doing whatever because it pleased her.

Slipping on her pumps, she stands, he wonders where she’s going. Fear rips though him, is she leaving me “Like this!” walking next to him, she leans down showing her cleavage, puts her cheek to his and again, whispers. “Go buy the panties , Will. Well, If you want to play”. She straightens up, and walks easily out the door.

Would you love to play out this fantasy, to the next level? I look forward to our chat 😉