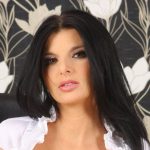 As I’ve discussed before, be careful what you wish for.  Do you want exposure for real or fantasy?  The closet sissy cock sucker who wanted to be exposed, seemingly regretting hitting that enter button which will lead to exactly what he came to me for!

Then there is another person with whom we are exploring similar themes, of being a cocksucker and being exposed. I asked him quite a number of questions regarding his thrill and arousal about being exposed. An interview of sorts. After my questions were satisfied. I simply asked him a question about exposure and how he would feel if people could hear what he had just confessed?  He got quite. He stopped the progression of the conversation from “going there” exploring that scene ,  then he altered the course of the conversation to “going somewhere else” . I was blown away.  Our conversation was intense, very much so , and when he felt that real possibility of being exposed we had our answer. Oh  and yes, we have a lot more to discuss, don’t we?

The mind blowing call on this front is regarding those who come to me, telling me they want to submit . Some have detailed lists of preferences, performances and a number of ways they can please me.  We can have a session where you serve and please me in our own fantasy land.

There are some who call and want to submit for real, they want to feel owned and controlled.  Compel me to be a slutty cocksucker, sissy or ass bitch, I hear you say. You said you  want to be made to feel inferior , pathetic because of whatever your kink maybe. Again, here many times there is a fine line, between what you think you want in fantasy vs. RL.  You present yourself as a pathetic pervert, telling me for weeks what a weak and perverted mind you have.  Telling me you want  a strict Mistress, one who will keep you in your place.  One who is careless of your needs, and mean!  Again, be careful what you wish for, you just might get it in spades.

With that said, I will not guarantee that our calls don’t get so intense, that you feel that it’s real. I say ride with it. The instant your instincts scream stop, is the exact same second you need to push forward to explore!   Also realize,  after some calls that you , in one way shape or form, eventually may end up and expose  yourself.

Some want to explore in fantasy- that’s hot and a lot of fun! We can get wild and kinky! Some are unsure if they want fantasy or reality, while others definitely know they will be “coming out” it’s just a matter of how. Usually it’s a lot of fun “work” to explore / get you to your goals!